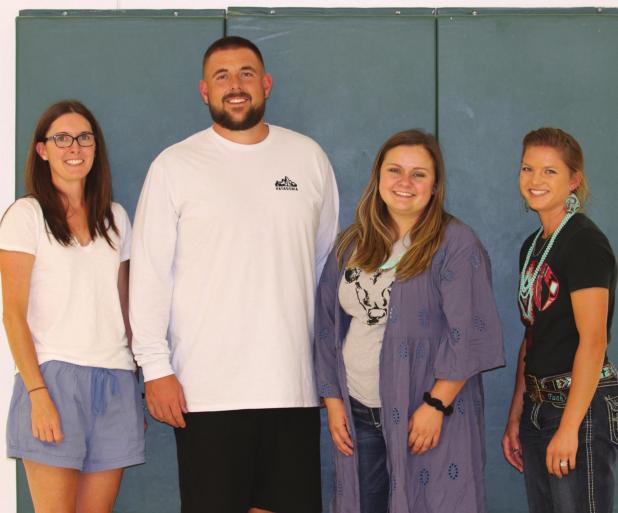 When life gives you lemons…2020

The Bridgeport Public Schools’ Staff Appreciation Dinner was held Monday night, August 17, 2020 at the Prairie Winds Community Center. The theme of this year’s event was, quite appropriately, lemons, complete with lemonade and lemon cupcakes topped with a Lemonhead candy.

Superintendent Chuck Lambert welcomed the crowd of staff and family members to the annual dinner and certificates of appreciation were handed out to Brad Noonan and Marlana Soto for five years of service. Jenifer Ericson, Erin Reynolds, and Susan Simons were recognized for ten years of service and Vonnie Brown and Julie Nein for fifteen years.

A special memorial presentation paid tribute to the late Amy Widener for her years of dedicated service to Bridgeport Public Schools and a large picture was given to her husband, Mike, by Superintendent Lambert. Mrs. Widener was the K-12 media specialist and librarian, and was loved by many of her students, young and old. She succumbed to cancer earlier this year but is not forgotten for her contributions to the school community.

New staff members were introduced, along with their positions in the classrooms, and staff members were able to visit with one another after the long, drawn-out summer break. After the short program, Kevin Meyers led the group in a dinner prayer and BurgerWerx served the catered meal.