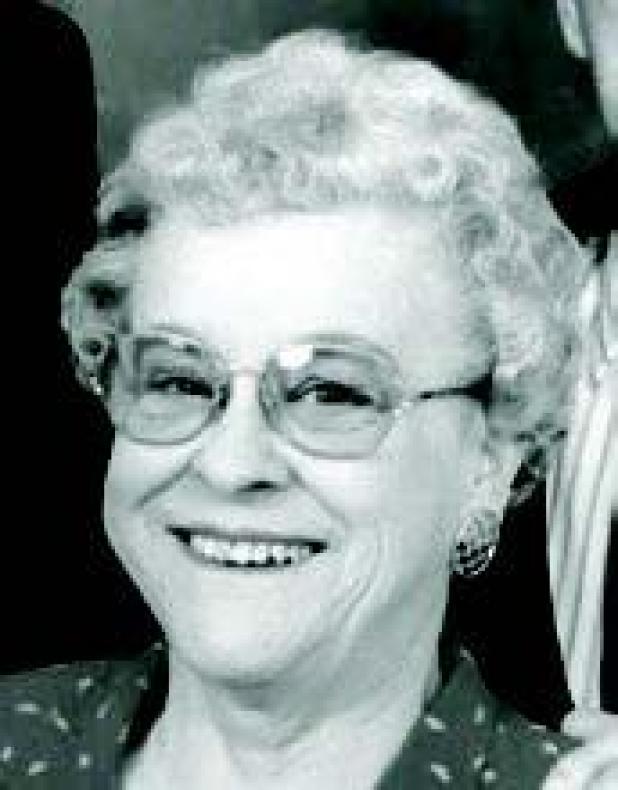 Alice Mae Ouderkirk, 85, of Morrill, NE, passed away Thursday, August 25, 2016 at Chimney Rock Villa in Bayard. Her funeral service will be held at 10am on Thursday, September 1, 2016 at Sovereign Grace Chapel in Morrill with Pastor Tom Hunter officiating. Interment will follow at Forest Lawn Cemetery in Morrill. Visitation will be Wednesday, August 31, 2016 from 4m until 7pm at Jones Mortuary in Mitchell. The family respectfully requests that in lieu of flowers, memorials in Alice’s honor be made in care of the family to be designated at a later time. Online condolences may be left at www.jones-mortuary.com. Jones Mortuary inMitchell is assisting the family with arrangements. Alice was born December 8, 1930, the first child of W.H. “Bill” and Nina Leah (Banta) Houser on her great uncle Mike Honeycutt’s homestead near Lyman, NE. She attended rural schools in the Panhandle until she was 15. Her family then moved to rural Ashland, KY where Alice attended her junior year of high school. The family returned to Mitchell where Alice graduated with the class of 1948. On June 19, 1949, Alice was united in marriage to Leslie “Bud” Ouderkirk in Harrisburg, NE. Shortly after their marriage, they purchased a farm northwest of Morrill where they made their home for a number of years. In 1964, they sold their farm and moved into Morrill. They purchased their own home in Morrill in 1982 where Alice resided until finally residing at Chimney Rock Villa in Bayard. Alice was a people person. She was always there to lend a helping hand or to run an errand. She often laughed that her cars were automatically programmed to take her friends to their doctor appointments or to the hospital. She enjoyed shopping, and visiting with friends and family. Alice was very proud of her family and their accomplishments. Holidays were always centered around her living room table with all of her family and her brothers and sisters and as many of their families as could come. She was a good cook and everyone enjoyed sharing their time together. Alice worked at various jobs, among them were being a Nurse’s Aide at hospitals in Scottsbluff and Torrington. She also worked at a meat packing plant in Torrington for a time. She attended Sovereign Grace Church in Morrill. Alice is survived by 5 children Sharon (Jesse) Sotvik of Shoshoni, WY, Leslie William (Kimberly) Ouderkirk of Chadron, NE, Nila (Dan) Clifton of Casper, WY, James Dean Ouderkirk of Scottsbluff and Scot (Lisa) Ouderkirk of Bayard, NE; 7 grandchildren; 10 great grandchildren; 3 great-great grandchildren; siblings Florence (Bob) Hale of Mitchell, NE, Clinton (Mavis) Houser of Jacksonville, FL, Nancy Howard of Youngwood, PA, Harold (Mary Lou) Houser of Morrill, NE, Annetta Murrell of Mitchell, NE, Billy (Amy) Houser of Bayard, NE and Kay Houser of Mitchell, NE; aunt Idoramae Hickman of Kimball, NE and numerous nieces and nephews. Her grandparents, parents, husband Leslie, infant sister, grandson Tom Edmunds, Jr., brothers-in-law Martin Ouderkirk, Bob Murrell and Wilbert Weitzel all preceded her in death.