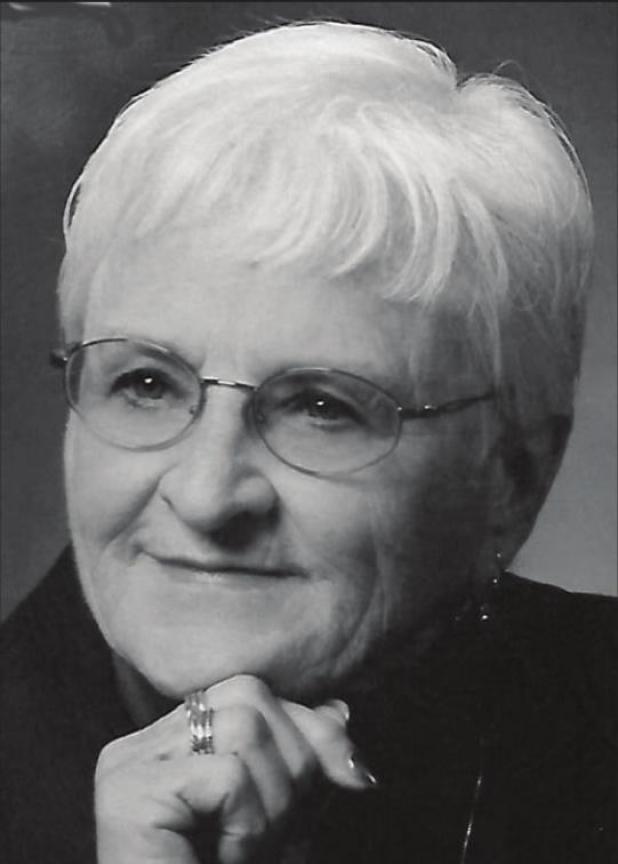 Ann Bairn, 82, of Oshkosh passed away early Wednesday morning, May 27, 2020 at her home after a short battle with pancreatic cancer.

Graveside Services were held at Monday, June 1, 2020, at the Antelope Valley Cemetery north of Oshkosh with her daughter, Brenda Tophoj, PMA officiating.

Family and friends can leave condolences at www. bondegardfunerals.com. Holechek-Bondegard Funeral Home and Cremations in Oshkosh is serving the Bairn family. In lieu of flowers, memorials in Ann’s name can be directed to the family for later designation. Cards may be mailed to Gerald Bairn, 204 W. Avenue G, Oshkosh, NE, 69154.

Ann Clarine (Richards) Bairn was born August 24, 1937, in Oshkosh, Nebraska, to Charlie and Mildred (Northcutt) Richards. They lived in a sod house on their farm northeast of Oshkosh. Ann attended grade school at the District 62 country school north of their home. She attended Garden County High School in Oshkosh, graduating in 1954.

On April 10, 1955, Ann was united in marriage to Gerald Bairn. To this union two daughters were born, Barbara Ann on June 3, 1956, and Brenda Gayle on September 19, 1960. Ann and Gerald lived on the creek by Lewellen, and then moved to an apartment in Oshkosh. In 1959 they moved to the Pickering place northeast of Oshkosh. In 1975 they moved again to the Kaschke place east of Oshkosh. In 1979 they put a new house on their property 12 miles north of Oshkosh on the Northcutt place. Ann and Gerald worked side by side farming, raising milk cows and ranching for several years until they retired in 1994, sold their farm, bought a house in Oshkosh and moved to town.

Ann was a hard-working farm wife, but also worked hard off the farm. Ann worked at the original hospital in Oshkosh right after she and Gerald got married, and later worked at the Lewellen Nursing Home and the Oshkosh Nursing Home. In the 1990s, Ann started a new adventure when the Lord called her to become a Parish Ministry Associate. After completing her classes and getting certified in 2001, she was assigned to serve Messiah Lutheran Church in Broadwater, where she was still serving 19 years later at the time of her death.

Ann was very active in many things over the years. She was a member of St. Mark’s Lutheran Church, serving on council and the women’s group and Bible Study. She belonged to the local Saddle Club, the local bowling league, loved playing bridge, pinochle and bunko. She also belonged to a group of her friends that called themselves “The Birthday Bunch.”

Ann was a very good cook, loved the Lord, and most of all loved her family. Her favorite times were when all of her grandchildren came to stay with her and Gerald. Ann enjoyed attending all of the grandkids’ activities and was very proud of them.

Ann was preceded in death by her parents Charlie and Mildred Richards, her inlaws Ed and Florence Bairn, brothers-in-law Edgar Bairn and Jack Kleist, sister-in-law Karen Bairn and her grandson Aaron Houston.