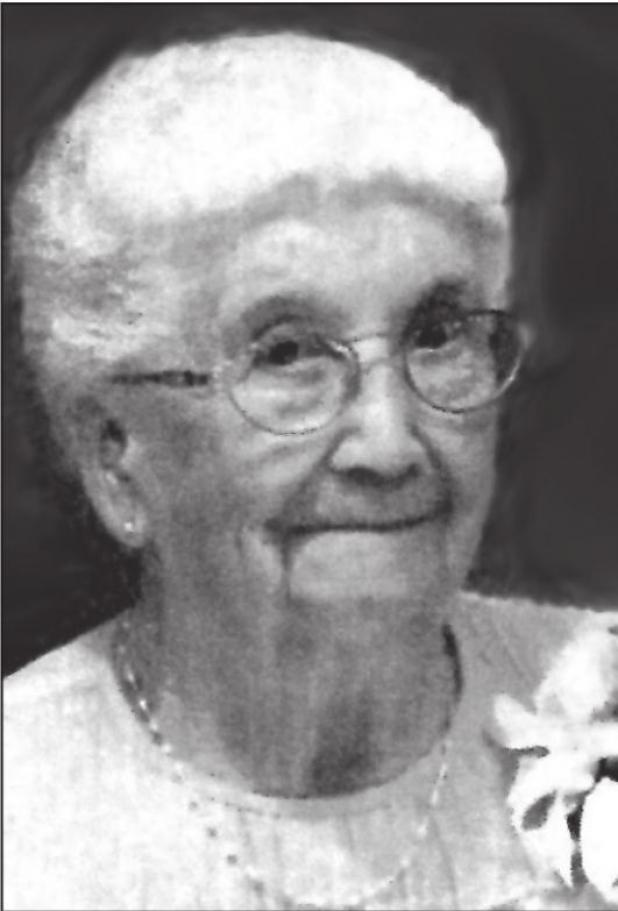 Avis Irene (Nichols) Herman passed away from this life into the arms of her beloved Savior on August 22, 2020 in Greeley, Colo. Funeral services will be Friday, August 28 at 2 p.m. at Northfield Assembly of God Church in Gering. A Private family graveside service took place at West Lawn Cemetery in Gering. Online condolences may be left at www.dugankramer.com.

Avis was born April 27, 1918 in a sod house in Good Streak, a community near Angora, Neb. She was the fifth of 12 children born to Carl and Etta Nichols.

As a young girl, Avis would get up early in the morning and help milk cows and separate the milk and cream and do other farm chores. At times, she was sent to the pasture to watch over the cattle. It was so cold, sometimes she would burrow into the haystack to stay warm and eat her sack lunch.

Avis attended a one-room schoolhouse in the country. She would ride horses to school with all her siblings and neighbor kids. There was a fence with a gate they had to go through to get to school and it was always a race to see who could get through first.

She later worked at the drug store in Bayard, Neb., before her marriage February 9, 1937, to Merle Herman, the preacher’s son. She and Merle had five children. Together, they were the most devoted parents any kid could ask for.

Avis enjoyed doing hairdressing all her life. Her mother would come to the farm on Saturday night for Avis to ‘pin’ her hair, then on Sunday morning before church, Avis stopped in to comb and style her mom’s hair. In the early 60s, Avis decided to go to beauty school and became a licensed hairdresser.

Avis and Merle attended the Bayard Assembly of God church where they had met.

Her hobby was crocheting. Avis crocheted an afghan for all her loved ones. She crocheted hundreds of doilies, a bedspread and many other items. Another hobby was doing word search games, which she did right up until these last couple of years when her eyesight failed her.

Avis had a fantastic sense of humor. She was a playful person when she was not working. She used to chase any kid that came to her house. They had a hallway that went in a circle and that was the playground.

She played piano by ear. You could always hear her playing religious songs and usually singing as well.

Avis moved into assisted living in 2012, in Greeley.

She was preceded in death by her husband, Merle, in 2011. Also, nine brothers and sisters, a son-in-law, granddaughterin-law and great-grandson.

A memorial has been established at Northfield Assembly