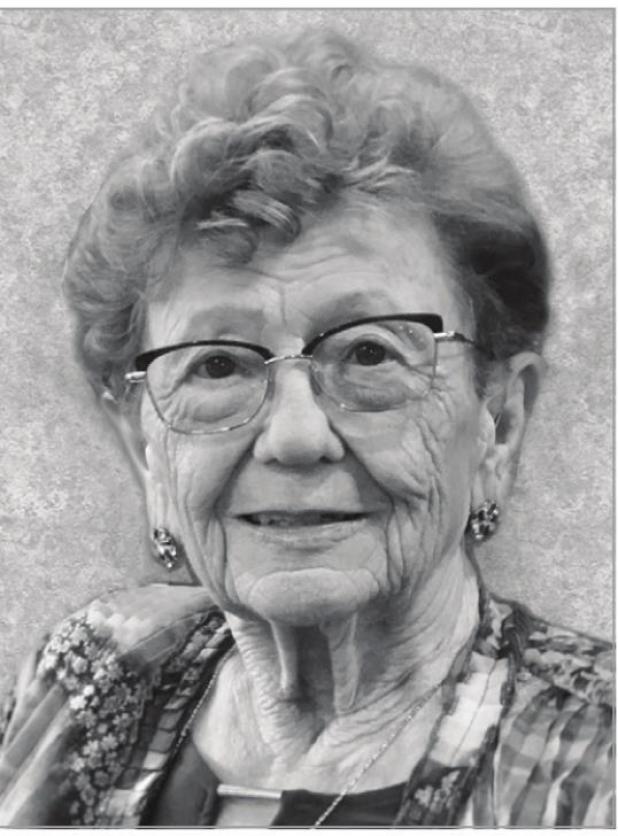 Visitation will be Thursday, March 5, from 5-7 p.m. at the West Center Chapel in Omaha, NE. A Celebration of Life will be held Friday, March 6, at 11 a.m. at St. Andrews Episcopal Church (925 S. 84th St.). In lieu of flowers the family is requesting donations in Connie's name to one of the following: St. Andrews Episcopal Church, Operation Smile (for children with cleft lip and palate) or Spina Bifida-Kansas City.

Connie was born in Bridgeport, Nebraska on October 4,1931. She graduated from Bridgeport High School in 1949 and attended Chadron State college.

Connie was briefly married to Kenneth Liles from 1954 to 1955. After his death, she married Russell Krieger in Bridgeport, Nebraska. Connie raised her family in various places throughout Nebraska, eventually settling in Omaha where she remained until her passing

Her home was beyond clean. If you were to take a shower in her home, you would probably find your clothes in the wash before you were done! She took great pride in all her homes; particularly the home that she and Russ built on South 168th Avenue.

Connie was a devoted mother ... who liked to laugh and have fun. There wasn't a bridge game that she didn't want to join ... and she was good. She loved the Episcopal church and was a member of the Altar Guild. She was also a true Cornhusker fan. She enjoyed watching golf and tennis on TV and a margarita (any margarita, it didn't have to be good).

Connie is survived by her husband of 61 years, Russell Krieger; children, Kim Krieger (Thorn Lightfoot) of Nashville, TN, Edward Krieger (Marie) of Omaha, NE and Steven Krieger (Pamela) of Williston, VT. Connie enjoyed her six grandchildren and five great-grandchildren very much. She is also survived by many nieces and nephews that she adored.

Connie was preceded in death by her beloved parents, Rena (Dyson) and Eugene Hall; and all her siblings: Eloise Beauchamps, Eugenia Palmer, JoAnna Appleton, and Robert Hall