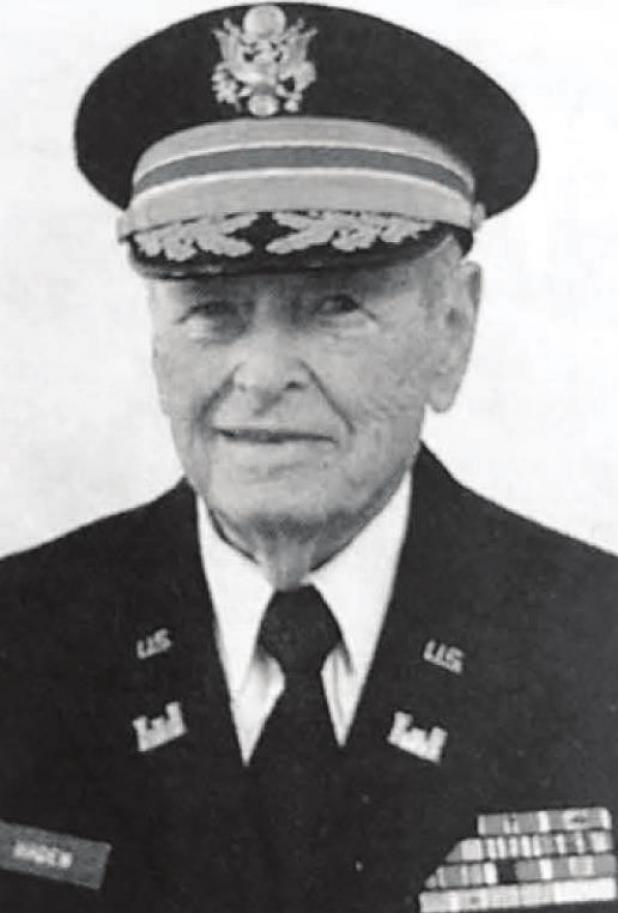 Donald (Don) Joe Haden, age 98, of Newman Lake, Washington died Saturday, May 16, 2020. He was born November 6, 1921 on the family farm near Oberlin, Kansas to Floyd and Gladys (Cathcart) Haden. The family moved to Wheatland, WY, for a short time before Floyd went to work for the CB&Q Railroad in 1924, taking the family to Guernsey, WY, and eventually Bridgeport, NE.

Don attended 2nd and 5th grade through high school in Bridgeport, graduating with the class of 1939. In 1942, while a sophomore at Kansas University, having just transferred from Ottawa University in Kansas to join the reserves and continue school, Don was inducted into the Army at Fort Leavenworth. He was sent to Camp Robinson in Little Rock, AR, for basic training. Upon completion of basic, he was selected to attend a new army program called “Army Specialized Training Program.” He was sent with 500 other soldiers from all parts of the country to DePaul University in Chicago to undergo intensive courses in Civil Engineering. Don was then sent for more training to Fort Barkley, TX, and Fort Jackson, SC, before entering the Corps of Engineer Officer Candidate School. Upon completion of OFC he was commissioned a 2nd Lt. in the Army. Don was shipped to Germany and as signed to an Engineer regiment which was in support of British forces as they fought their way north along the western border of Germany. His unit was in Bramerhaven when the war ended. Don remained in Germany until 1949, performing many engineer tasks including Post Engineer of Nuremberg during the trials of the German officers. Upon his return to the U.S., Don was on the staff engaged in building of the first Missile bases on White Sands, NM. While on leave visiting his parents in Bridgeport, he received a telegram with orders to report to Ft. Pendleton, CA, for shipment to Korea. He arrived in Korea a little more than 30 days after the war began, with U.S. and South Korean forces driven back to the southeast corner of the country, known as the Pusan Perimeter. Don was promoted to Captain and given the command of C Company of the 14th Combat Engineer Battalion while engaged in combat over the next 15 months. C Company installed bridges for advancing South Korean and allied forces as they advanced to the Manchurian Border and removed or destroyed bridges behind retreating allied troops when the Chinese Army entered the war. His company then reconstructed structures for the final advance north to the 38th parallel in the spring of 1951 . Don left Korea with a Bronze Star with a V for Valor.

After Korea, Don had several other assignments including three more years in Germany constructing facilities, closing out the Stuttgart office with an Army Commendation award. He was then assigned for three years with the Taiwan Defense Command in Taipei, Taiwan as Plans and Police Officer in a Joint Command of U.S. and National Chinese forces, receiving a Commendation from the staff of Generalissimo Chiang Ki Sheik.

After returning to the U.S. Don was promoted to the rank of Lt. Col. before retiring in Dunedin, Florida. He spent 28 years as an Air Traffic Controller mostly in the Tampa Bay Area.

In 1985, Don married Jean Deboodt (Berg) also from Bridgeport, NE. They settled near Estes Park, Colorado and were members of Our Lady of the Mountains Catholic Church for 20 years where Don was a Charter Member of the Knights of Columbus. In 2007 they moved to Newman Lake, WA to be near family.

A private graveside service was held due to the Corona Virus restrictions. Don was interred at the Washington State Veterans Cemetery on May 22, 2020 with military escort and honors. Memorial contributions may be made in Don’s memory to the Combat Vet Riders, Inc., PO Box 11162, Spokane Valley, WA 99211.