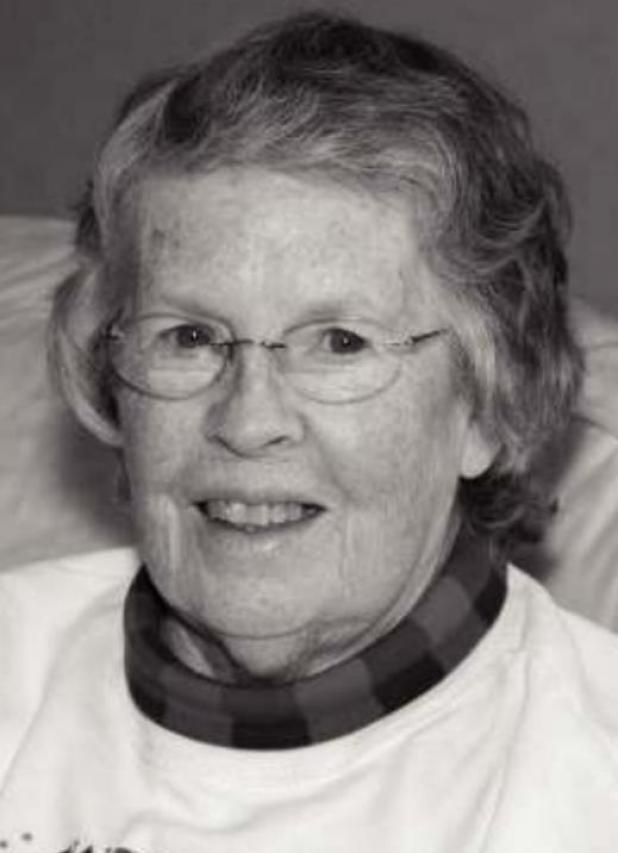 Joan Lorraine (Baker) Loghry, 80, of Sidney, passed away Thursday, October 29, 2020, at Sidney Extended Care, with family by her side. Joan was the oldest of five children of Gene and Fern (Gillespie) Baker, born December 12, 1939, in Dalton, NE. She graduated from Broadwater High School in 1957. Joan married James A. Loghry November 2, 1957, in Hot Springs, SD. They had four children: Douglas, Connie, Steve and Chris. The family lived in several communities throughout the panhandle of Nebraska before settling in Sidney in 1966.

Joan loved being active within the community of Sidney. Joan loved high school athletics and supported many programs in the community including making several trips with teams on the Red Raider bus for away games and state tournaments. Joan and Jim received the “Red Raider Super Fan” award. Among her many passions and positions that she embraced was coaching T-ball and girls’ softball, playing volleyball and

“wallyball” until her mid-60s, slow pitch softball, walking, and she was the Sidney High School volleyball team statistician for over 30 years. She could be found at most sporting and community events. In the 1980s Joan received the AKSARBEN Good Neighbor Award.

Joan babysat for many years and left a legacy of love for several generations. She was a para educator and media clerk at ESU #13 for 33 years, retiring in 2005. After retiring, Joan worked parttime at the Sidney Community Center and the Holechek Funeral Home in Sidney.

Family time was important to Joan. Family meals and get togethers were the best; she usually had a new recipe to try out. Some of her favorite hobbies were sewing, scrapbooking, family history research, and traveling. A couple of her favorite bus trips were to the Rose Bowl Parade and Disney World. Joan listened to and inspired everyone she was around. She looked forward to “afternoon coffee with the girls,” and enjoyed watching her family and friends develop and grow.

Joan was a member of Holy Trinity Lutheran Church. She spent many hours putting bulletin boards together for the church and serving during receptions and other events.

Joan was preceded in death by her parents; two brothers, Don and Dale Baker; one sister, LaVon Kahl; and husband, Jim Loghry.

The family will have a celebration of Joan’s life in the spring of 2021. Family and friends can leave condolences at www.bondegardfunerals.com.