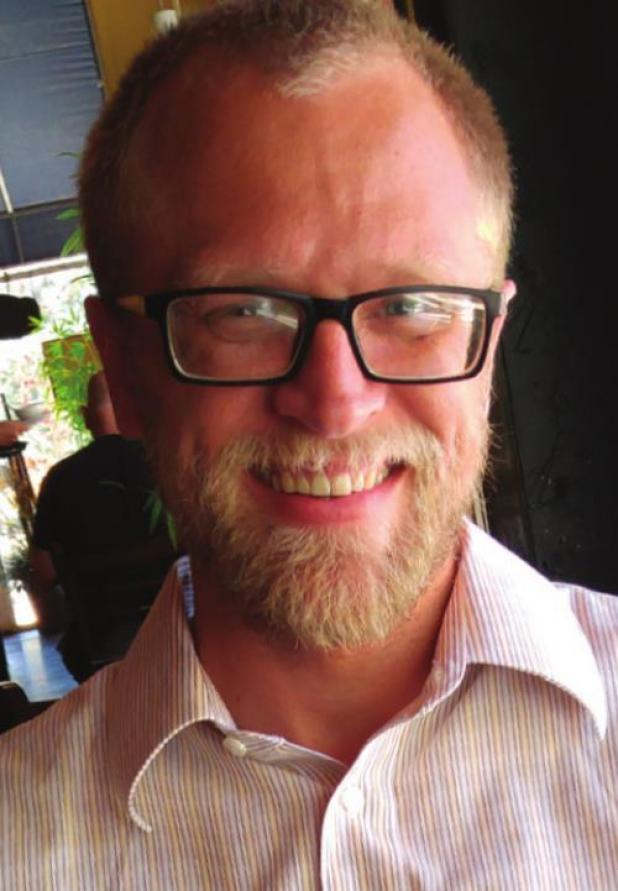 Joseph Andrew Jensen, (43), was pronounced dead in Columbia, Missouri, on Saturday, September 26, 2020, due to his health struggles and suffering with mental illness.

Joe was born August 17, 1977, to Dick A. and Janet Virginia (Brunson) Jensen in McMinnville, Oregon. He was the 6th of eight children.

Growing up in a small town in a large musical family, it was natural for Joseph to select a musical instrument to play. He started at McMinnville Middle School as a trumpet player. At the encouragement of his band director, after some time in jazz band on bass trombone, he left middle school as a tuba player.

Joe moved from his birthplace in Oregon to American Fork, Utah, at the age of 16, along with his mother and younger brother and sister, graduating from American Fork High School in 1995. He then attended Brigham Young University in Provo, UT, for a year before his call to serve for 2 years as a missionary for The Church of Jesus Christ of Latter-Day Saints in the Des Moines, Iowa mission.

After his time in Iowa, Joe returned to BYU to study music and play the tuba and earned his Bachelor’s degree in August, 2003; however, he didn’t tell his mom until a few months later when he was already working toward his Master’s Degree in Tuba Performance.

Joe was an exceptional tuba player. He recorded soundtracks for movies, commercials, video games, CDs, and TV. He also performed with many professional bands, orchestras, jazz ensembles, and folk music groups, including The Utah Symphony and The Orchestra at Temple Square, which accompanies the Tabernacle Choir, formerly known as the Mormon Tabernacle Choir. He also loved creating music and performing alongside his oldest nephew, Andrew, in their band Tuba-Tronix. He was even known to play electric tuba in an epic garage band, and to possibly be the only person ever to play a tuba with a bassoon reed rather than an actual mouthpiece.

Thanks to a friend’s encouragement, Joe decided to give music education a try. In August of 2006, he was hired to teach band and orchestra at Paradigm High School in South Jordan, UT, a position he would keep for 6 years. To his surprise, he discovered that he loved teaching, just like his mother. He earned his teaching certificate from Salt Lake Community College in Music Education in 2009.

On June 7, 2008, Joseph married Amy Renee Biggs in the Sacramento LDS Temple in Rancho Cordova, CA. They had first met in Tuba Masterclass at BYU in 2003, and developed a remarkable friendship that set the stage for their wonderful and quirky love story.

In July of 2010 Joe’s deepest wish came true when he became a father to his son, Brek Julian Aaron Jensen, through the miracle of adoption. Being a dad brought Joe the greatest joy.

In August 2012, Joe took a new teaching position at Bridgeport Public Schools in Bridgeport, NE. He quickly developed an incredible love for the town, the school, and especially for his students. He taught band in all its varieties to the 5th-12th grade students, while also assuming responsibilities within the tech committee, Jr. High reading courses, and secondary choral classes. One of the things that he loved most about his job was getting to work alongside his wife, Amy.

After resigning from BPS in December 2017 (which broke his heart and had a profound impact on his remaining years), Joe continued teaching music at McPherson County Schools in Tryon, NE, from January 2018 through the end of the academic year of 2020 amid the COVID-19 pandemic. It was during Joe’s time at McPherson that he discovered a passion for teaching the elementary ages and classes, but above all, he valued the year-and-a-half that he was able to teach his son, Brek.

In the summer of 2019, due to health concerns, a need to be closer to quality medical care, and a desire to be closer to family, the Jensens moved to Columbia, MO, where Joe lived until his passing, teaching his final year of classes remotely.

Joseph had always been curious, creative, and fascinated by the world around him. As a child he was the founder and curator of “The Museum of Natural Science” (MNS) which happened to be a collection of actual dinosaur bones (obtained from his paleontologist grandfather), rocks, and gems. The prestigious museum was on display in his bedroom and at times (to his delight) included a live hermit crab and several prickly pear cacti.

In Joe’s adult years he continued to engage in new hobbies and areas that increased his abilities: he took up drawing and learned many different artistic styles. He taught himself Spanish so that he could communicate with the parents of his Spanish-speaking students. He enjoyed improvising with his electric tuba, taught himself the ukulele, and began building ukuleles and banjos out of cookie tins and scraps of wood. Joe also began arranging and composing music, which was performed by his family and his students.

At a young age, Joe developed some life-altering health problems. Later diagnosed as Crohn’s disease, he daily battled with physical pain and exhaustion, and endured many doctor visits and procedures, multiple surgeries, heavy medications, and restrictive diets until he passed. But despite his poor health, Joe always demonstrated a sincere love and concern for others instead of focusing on his own pain.

Joe loved his Savior and mirrored Jesus Christ’s love for all people. Joe had a unique ability to connect with people of all ages and backgrounds. He could comfort and entertain a small child, counsel with a struggling teen, and capture the interests of a crowded room. He loved reading and learning, which allowed him to carry on conversations with any person and about any subject. He is remembered for his quick thinking, witty comebacks, and sarcastic humor, but mostly, Joe’s family and friends remember him for his genuine kindness and love.

Joe was a life-long member of The Church of Jesus Christ of Latter-Day Saints. In his adult years he served in Elders Quorum presidencies, Young Men’s Presidencies and as a Sunday School and Primary teacher.

He is preceded in death by his grandparents, his nephew Benjamin, and his niece Emma.

Joe’s body was cremated at the Columbia Cremation Care Center in Columbia, Missouri. A private family gathering was held in Columbia on Sat., October 3, 2020, at which time Joe’s favorite foods were enjoyed and some of his musical arrangements were played. Everyone enjoyed a little Mountain Dew in his memory, too.

The family would love to collect stories and memories from friends and former students. These, along with cards and monetary donations for covering Joe’s medical bills can be sent via email to arbj122@ yahoo.com or by mail to: Amy & Brek Jensen, 3600 Danvers Dr., Columbia, MO, 65203. Venmo and Paypal are also available upon request.