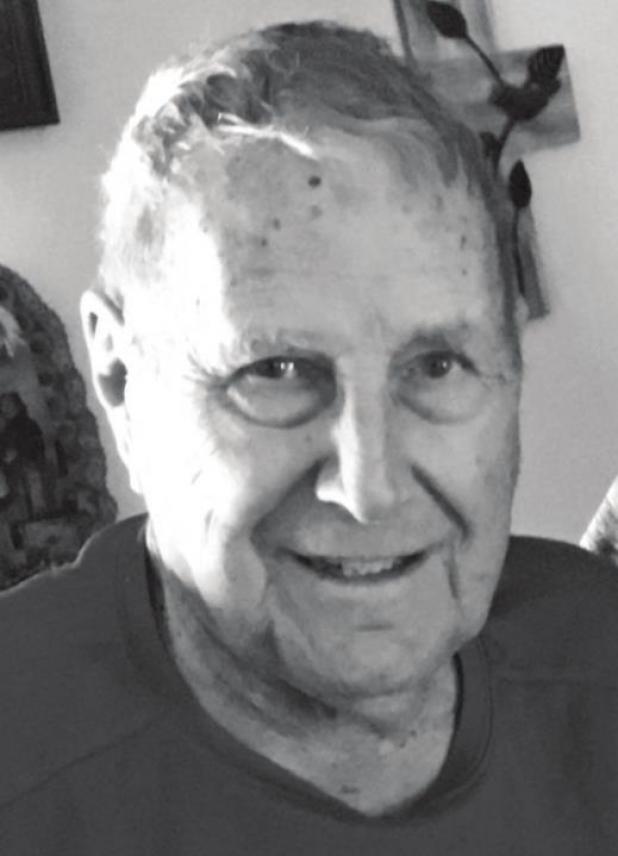 Bob was born on July 7, 1930 at his family home in Garden County to John and Nellie Swanson. He lived much of his younger life in and around the Lewellen area.

He proudly served in the United States Army as a medic stationed in Germany.

After his service, Bob returned home and married Phyllis Cooper. They had two children Robert (Bob) and Toni. After Phyllis’ death, he married Donna (Dilley) Scripter, adding her daughter Deanne to the family. Shortly after their marriage, their son Daniel was born, completing their family.

They moved to Bridgeport, NE, where he worked in various areas. Bob owned and operated the Conoco station, sold insurance, and owned and maintained the Bridgeport Laundromat, sold Conklin products, worked for the Nebraska Department of Roads, and was the grounds keeper of the Morrill County Courthouse.

After Donna’s passing, Bob married DeEtta (Tophoj) Schwartz of Lewellen in a hot air balloon over Napa Valley, CA (piloted by son Bob), and moved back to Oshkosh, NE. This expanded his family to include her children, Cindee, Ronnie, David and DeDe.

Bob was someone who did not know a stranger, visiting with people at the post office, the coffee shop or on the street. He always had a story to tell and took time to talk.

Throughout his life he found joy in many different things. He was a beekeeper and went arrowhead hunting with his father. He enjoyed wood carving, camping, fishing, riding horses and watching Nebraska Husker Football. He especially enjoyed gardening. He maintained a large garden in Bridgeport, sharing each year’s bounty with so many people, often leaving the goods on their doorstep. Bob is preceded in death by his parents, John and Nellie; his wives, Phyllis and Donna; two brothers, Cecil and Jerry; sons Daniel and David; son-in-law Steve Darr; and granddaughter Jessica.