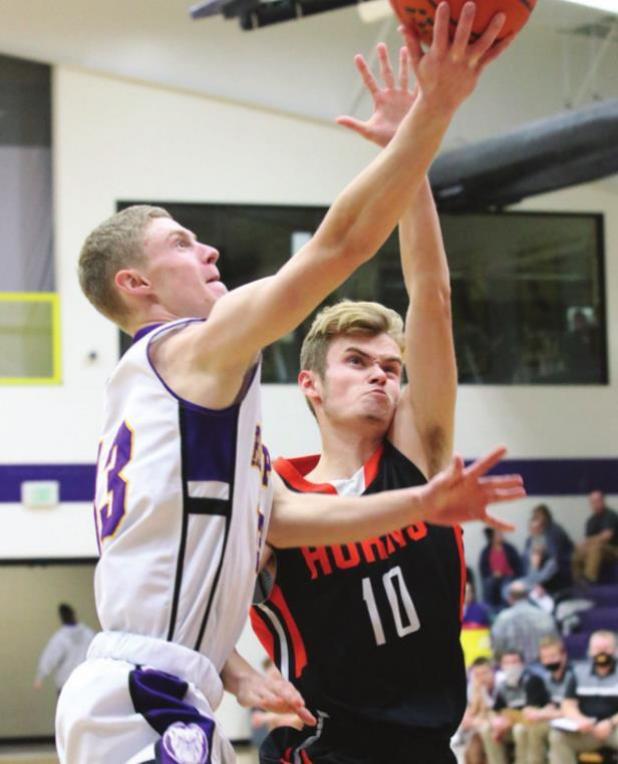 Bulldogs and Lady Bulldogs on a winning streak

In basketball action Tuesday night, December 22, and for their last games of the semester, the Bulldogs competed against the Chase County Longhorns on home court in front of a large crowd to win both boys’ and girls’ games. The boys increased their record to 7-0 and the girls moved to 6-1.

Coach Sterkel said of the boys’ game, “This is a team where we knew 31 (Longhorn seniors Cedric Maxell) and 10 (Mason Nordhausen), we’d have to do a good job defensively on them.” The Longhorns got the drop on the Bulldogs and, after a lackadaisical start both defensively and offensively, the Longhorns put 15 on the board in the first quarter, while Bridgeport only contributed eleven.

Sterkel said, “We weren’t at our best and as the game wore on, we were able to get the stops when we needed them, and then the guys found confidence being able to score inside the paint, and that freed up our shooters on the outside.” Once the first quarter was out of the way, the Bulldogs got down to business and started playing an insideout game, scoring, and playing together better as a team. It was 26-21 Bridgeport on the half.