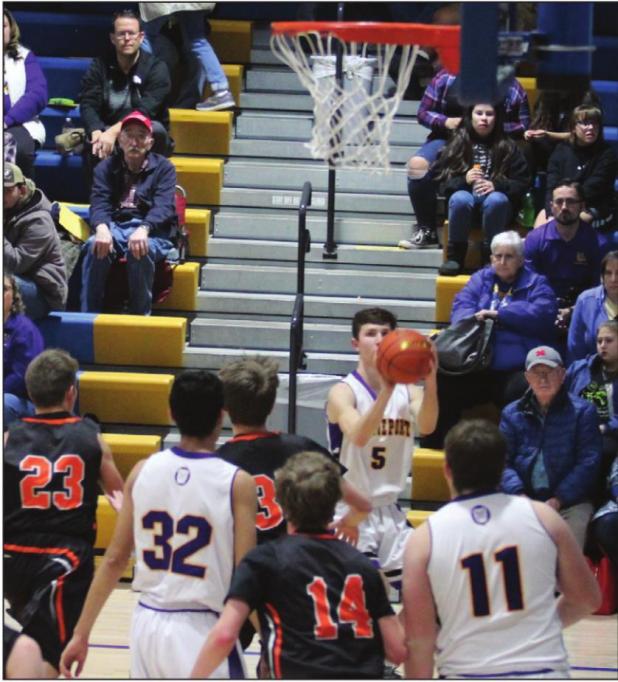 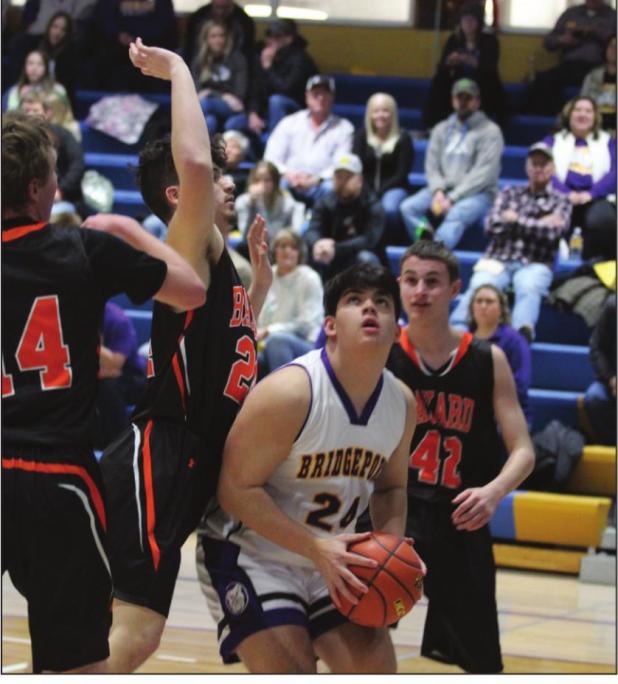 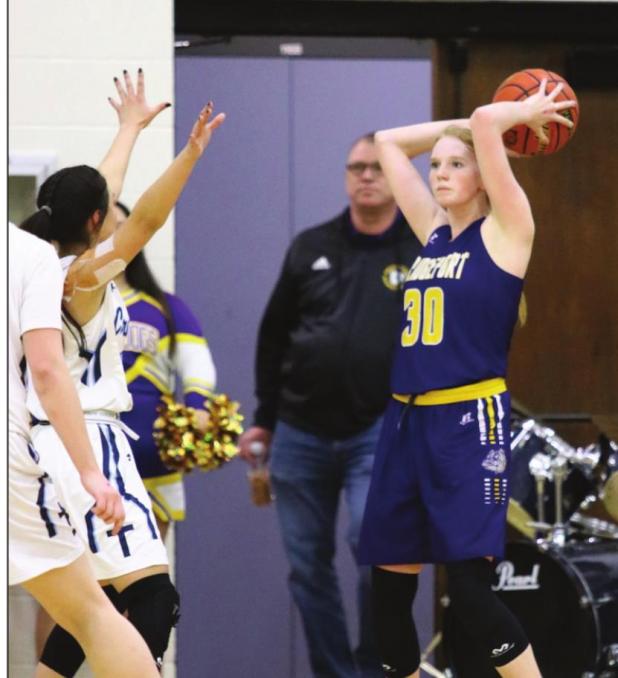 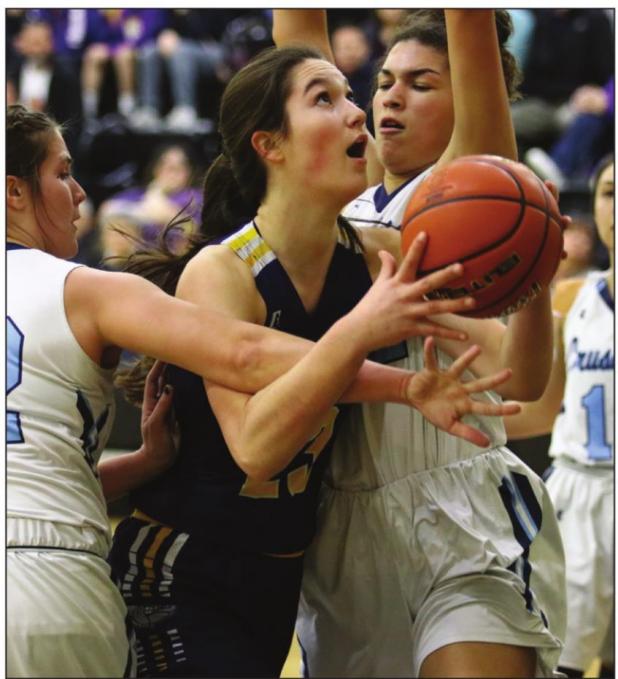 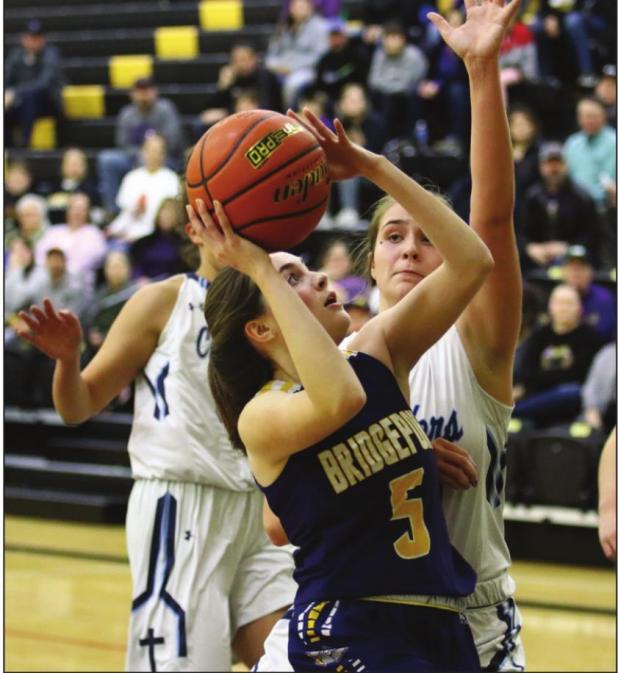 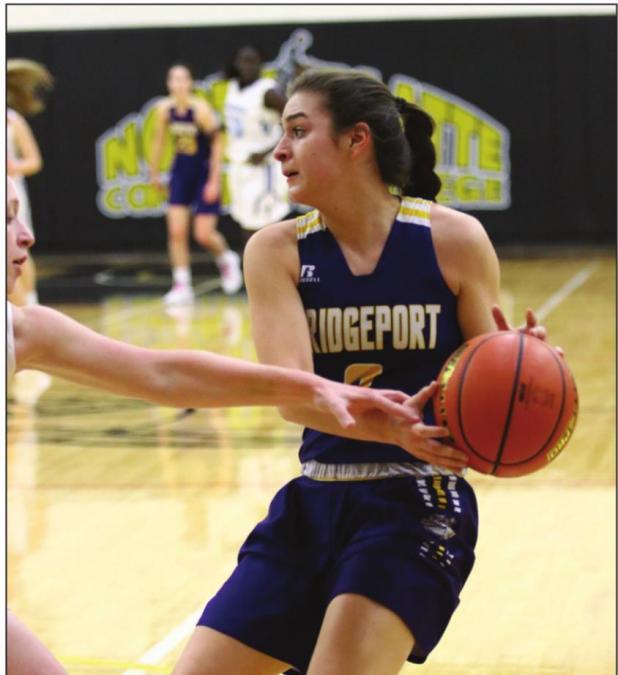 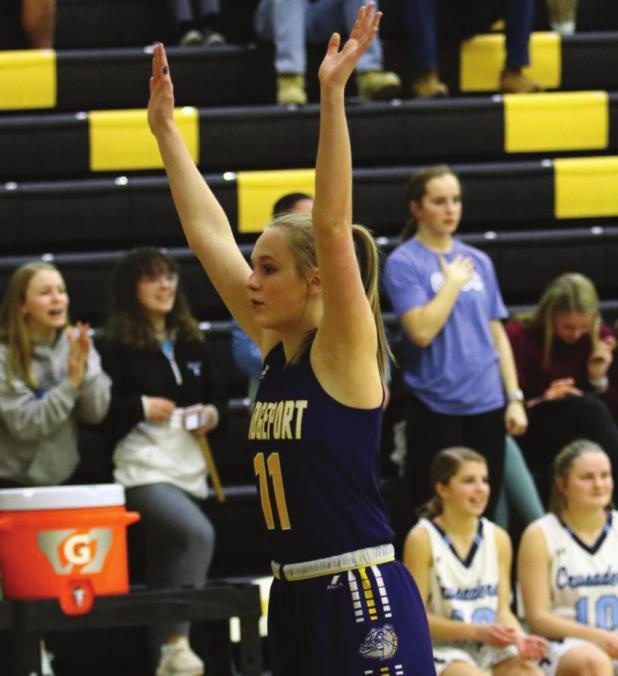 For the love of the game

In Boys Basketball Sub Districts last week, the Bulldogs first had to take out the Bayard Tigers Tuesday night, which they easily did with a score of 63-34, holding the Tigers to single digit scores in the first three quarters of the game. Sophomores Luis Garza took to the net for 20 points and half that many rebounds, while Braxten Swires added ten points as well. Junior Jake Wallesen put up eight points and had three assists, while classmate Cole Faessler had five assists and six rebounds. Mason Nichols, sophomore, stole four balls and grabbed six boards.

On Thursday, it was anybody's game as they battled the Kimball Longhorns for a chance to compete at the District Final this week. After the first quarter, it was looking pretty glum for our boys, down by ten and getting nervous, but they shook it off and came out in the second quarter, ready to fight and scoring double digits, holding the Longhorns to less than a half a dozen. It was Kimball up by only one at the half and after that, both teams got down to business and started putting it to the net. The Longhorns were still up by five heading into the fourth but in the end, it was a 41-up tie and the Bulldogs forced an overtime nail biter for the crowd.

Top scorers for the dogs were the unstoppable Sophomores Luis Garza with 16 points, and Braxten Swires with nine. Garza also had an impressive seven blocks and grabbed eight boards while Brady Newkirk nabbed five boards and Braeden Stull and Jake Wallesen each took four. The Class C2 #8 Bulldogs clinched it with a too close for comfort score of 45-43 and travelled to Maxwell on Monday night for the District Final.