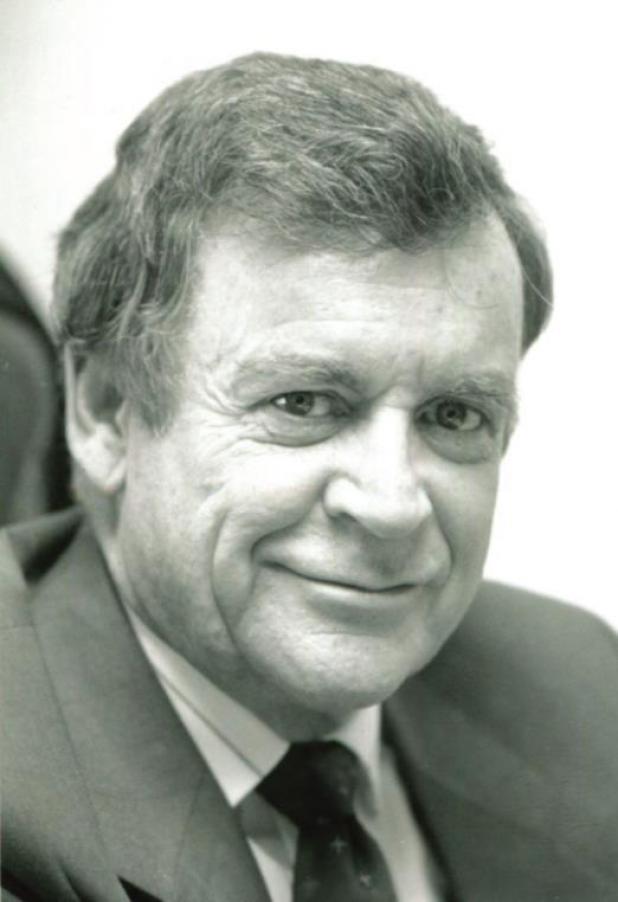 James Lee Macken, retired district county judge, 91, of Scottsbluff, passed away Monday, November 2, 2020, at Regional West Medical Center. A Rosary Service was held at St. Agnes Catholic Church in Scottsbluff on Nov. 6, and a Mass of Christian Burial on Nov. 7, with Rev. Vincent Parsons celebrating. Burial followed at Fairview Cemetery in Scottsbluff. The family respectfully requests that, in lieu of any flowers, memorials in James’ honor may be made to St. Agnes Catholic School Foundation. Online condolences may be made by viewing James’ memorial page www.bridgmanfuneralhome.com.

James was born Feb. 17, 1929, to Ervin and Julia Macken in Alliance, Neb. He attended St. Anthony Catholic School in Casper, Wyo., through eighth grade and graduated from Natrona County High School. After two years at Casper Junior College, he completed his undergraduate education and law school at Creighton University, Omaha. He received his Juris Doctorate degree from Creighton University School of Law in 1952.

Following graduation, he was commissioned as a second lieutenant in the United States Army Reserve Infantry. He was promoted to first lieutenant and served two years as a court martial trial lawyer in the Army Judge Advocate General’s Corps (JAG).

On Dec. 28, 1954, he married Iris Killday in Colorado Springs, Colo. They were the loving parents of Stephen, Julia, Anne, James, and Laura.

He loved the law and enjoyed applying the laws in seeking justice. He often spoke at conferences and at various colleges in Nebraska, and had a great impact on his students, many of whom later pursued careers in law.

James was a member of St. Agnes Catholic Church and served as a cantor in the music ministry. He was a 3rd degree Knight with the Knights of Columbus in Scottsbluff. His true passion was singing in church, accompanied by Iris on the piano and organ. He performed at numerous weddings and funeral services, as well as his daughters’ weddings. The Mackens entertained many groups and were known for their St. Patrick’s Day performances at the Gaslight Restaurant. He was a longtime member of the Oratorio Society and Platte Valley Singers. His performances were memorable, and those who knew music well claimed he had perfect pitch.

James was preceded in death by his wife and musical partner of 50 years, Iris; brothers Eugene and Donald; and sister Anna Mae Forsythe.